How to Ensure Car Security

Every fifty seconds another vehicle is being stolen in the United States. Isn't that frightening? Despite the high tech anti-theft security systems and the fact that nine out of ten American homes have garages, car theft is still a number one problem. Do we do something wrong? Surveys show that it is mostly our responsibility. We're under the impression that our cars are not in imminent danger if we leave the engine running while popping to get a couple of things from the grocery store. Although the statistics for car theft vary from one state to another and from one city to the other for that matter, still leaving the car practically open and the key in the ignition is not wise even in the friendliest neighborhoods. Don't tempt anyone! Secure your car door locks! 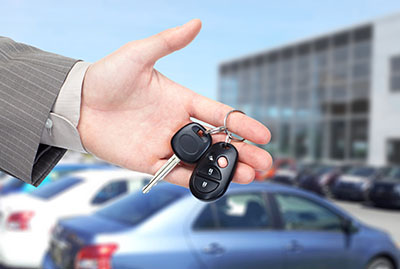 Are your car doors locked?

It might sound strange but one third of people asked during a survey admitted leaving the engine running while running some errands. This is simply naïve in a world full of thieves! Even if you lock the car, you must make sure the spare transponder key is not found in the glove compartment. Simply put, don't keep the extra key in the car but in your purse, briefcase or pockets. With that said, don't leave other valuables in the vehicle either. Although thieves like to steal the car for various reasons, they don't always aim at the vehicle but the things you keep in it. Remove the stereo, get your purse with you and don't leave shopping bags either. In other words, don't tempt them!

Most car thieves are opportunists! They will break-in just to get your wallet, laptop, expensive sunglasses. Some dig deeper and aim at getting bills or bank statements. Fraud and identity theft are also common crimes and serious problems for you. Apart from avoiding leaving anything in the car, remember to also lock the doors and close the windows all the way. Don't leave the window an inch open for the dog to breathe better. Take the dog with you. After all, if the key is lost the pet will suffer in there and you will urgently need auto lockout service.

Another way to avoid car theft is to park in well-lit areas. If you have to park in the street or public parking lot, choose a spot under a lamp or an alley where many people walk through all day long. Do you have an alarm? It might be annoying to others when it goes off, but it will certainly urge the thief to abandon his efforts. Immobilizers will also be helpful since your vehicle will only start with your ignition car key. One more thing: don't leave your keys exposed in places where they can be stolen. It will be an easy job for thieves and although lost ignition keys are replaced easily, if they are stolen you will have to go to all the trouble of rekeying the locks.